Pry-Cam, the revolutionary technology developed by Prysmian Electronics, has been awarded third prize in the innovative products contest held at the “RUGRIDS-ELECTRO” International Power Forum. The jury from “Rosseti”, operator of the Russian electricity grid, was looking for the best high-tech solutions from a large number of competing entries. The top three winning manufacturers have a unique opportunity to have their innovations integrated, certified and pilot-operated within the “Rosseti” grid.

During the ceremonial part of the Forum, the Prysmian Rybinskelektrokabel plant was awarded a Homologation Certificate for 220-330 kV, thus being officially acknowledged for the outstanding quality of its products. The plant is the only one in Russia to have successfully received official recognition from Rosseti.

The “RUGRIDS-ELECTRO” International Power Forum is a major annual event which hosts major producers of electric and power equipment and thousands of electric power industry professionals. Prysmian Group Russia was participating in the event as an exhibitor and presented its latest high-tech know-how for developing, expanding and upgrading electric power infrastructure:

“This is a step ahead for Prysmian Russia because we have been officially recognized by Rosseti and by the market as a leading producer of EHV cables in Russia. The 330 KV Rybinsk factory Homologation Certificate is a good starting point for future sales growth in the Russian and CIS market”, said Cesare Biggiogera, CEO of Prysmian Group Russia. 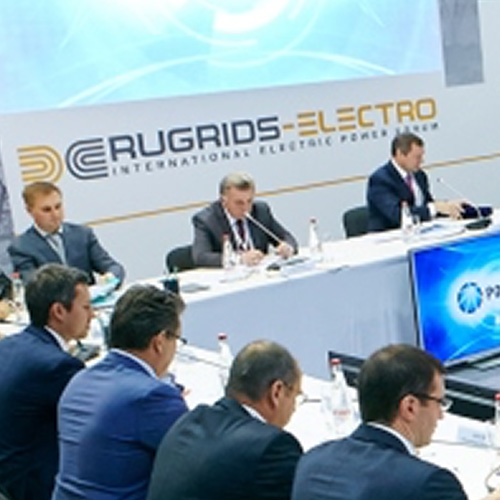